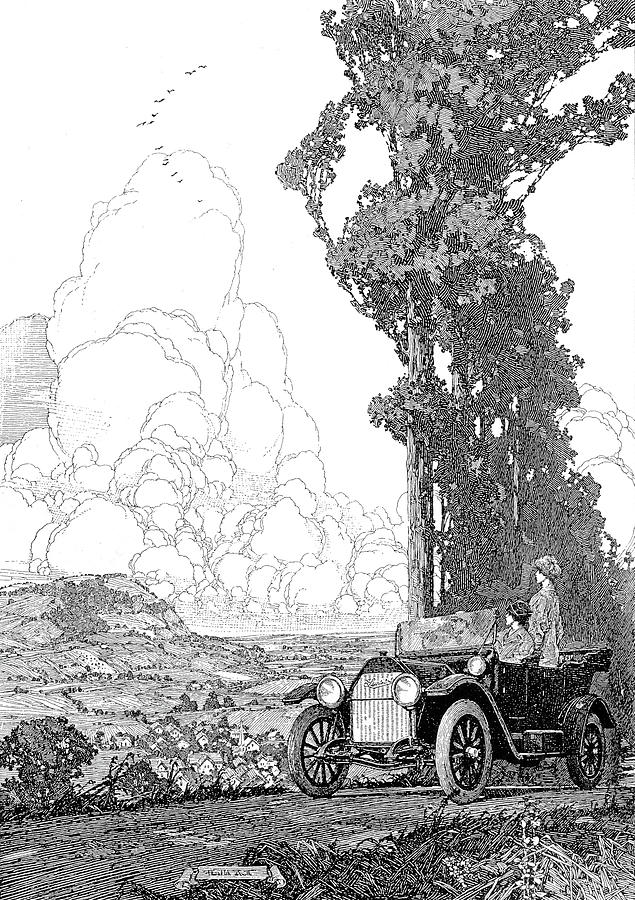 Antique Car at an Overlook by Franklin Booth

Antique Car at an Overlook by Franklin Booth

Franklin Booth was an accomplished illustrator during the early 20th century. He is primarily known for his work with pen and ink and his illustrations were most common used in advertising but he also illustrated books. He career was at the end of the golden age of illustration, illustrators were basically the rock stars of the era.

This particular illustration was most likely used in an automotive advertisement however I can't tell what year, make or model the touring car is for sure though I believe it's a Studebaker. The driver and his passenger have stopped at an overlook into a rural agricultural valley with hills, clouds and a big sky, the right side bordered by narrow, tall trees.