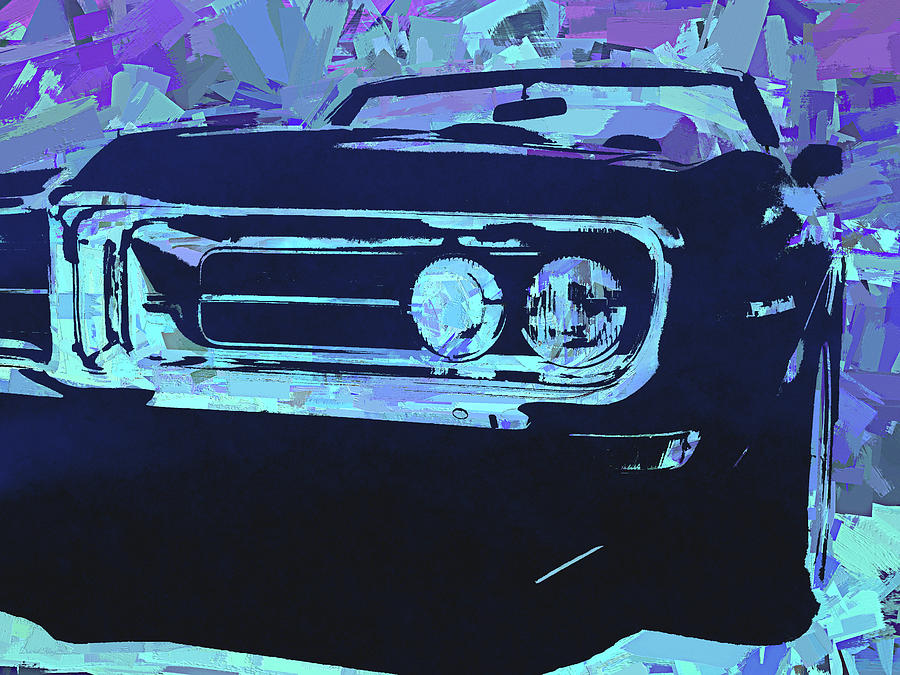 In 1967 General Motors introduced the Chevy Camaro and Pontiac Firebird as their answer to Ford's Mustang and the pony car wars began. While the Camaro and Firebird were both unibody cars derived from the same Chevy Nova platform they shared almost no parts, not even body panels, the Firebird was truly it's own car not just a rebadge. At the time Pontiac still made it's own engines as well, except for the base 6 cylinder which came from Chevy. However the V8's were all Pontiac, from the 265 hp 350 CI base V8 up to the fire breathing 340 hp Ram Air 400. In the 1960's it was all about horsepower.

This image started as a photograph I took at a car show of a 1968 Firebird that happened to be equipped with a Ram Air 400 and a hood mounted tach. I simplified the photograph and created a silhouette out of it which I filled with a dark green gradation. The abstract background is full of wild "brushstrokes" in various shades of blue and violet give this image sort of a pop art look.

Thank you to the buyer in Virginia for the purchase of a 30" print of my Firebird pop art.