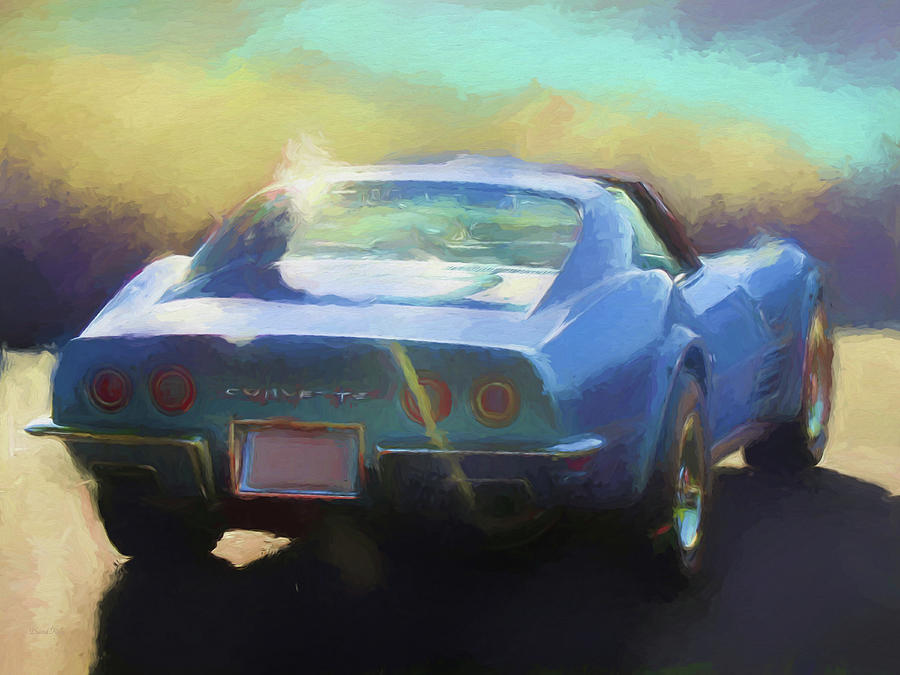 The C3, or third generation of the Corvette was the introduction of the "Coke Bottle" styling based on the Mako Shark II concept car of 1965 the successor to the Mako Shark concept designed by Larry Shinoda in 1961 that led directly to the styling of the first Stingray in 1963. The C3 is considered a continuation of the Stingray and that basic body style continued all the way through 1982. The Corvette in this image is a 1970, sometimes referred to as the "wide body" since Chevrolet widened the car slightly with fender flares to give it a wider stance, some might say this move improved the proportions of the car. This image is based on a photo I took at a car show, I edited it digitally then processed it to resemble an oil painting.

Thank you to the buyer on Ontario.

Nice job! Keep up the good work! Great talent. I really would apreciate your feedback of my Photography ;-)

Thanks. Sorry I wasn't notified about your comment and so didn't see it until now. I'll take a look.