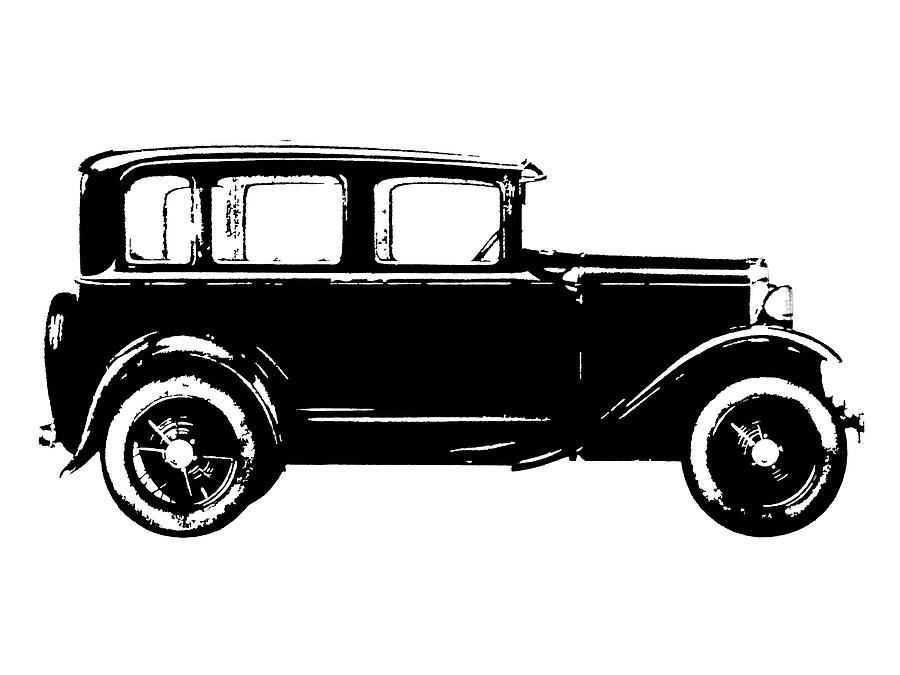 The Model A Ford was the successor to the Model T starting in 1928. It was still the "everyman's" car, small and inexpensive, still sporting an inline flathead four cylinder but of a completely new design making nearly double the horsepower of the Model T. Gone were the planetary gearbox and wooden wheels replaced by a sliding gear three speed transmission and wire wheels were now standard. It was little more than an evolution of the Model T but a pretty big jump in evolution.

This image is based on a vintage advertising illustration for a 1930 model. I simplified it and made it simply black and white to turn it into a pop art style image.