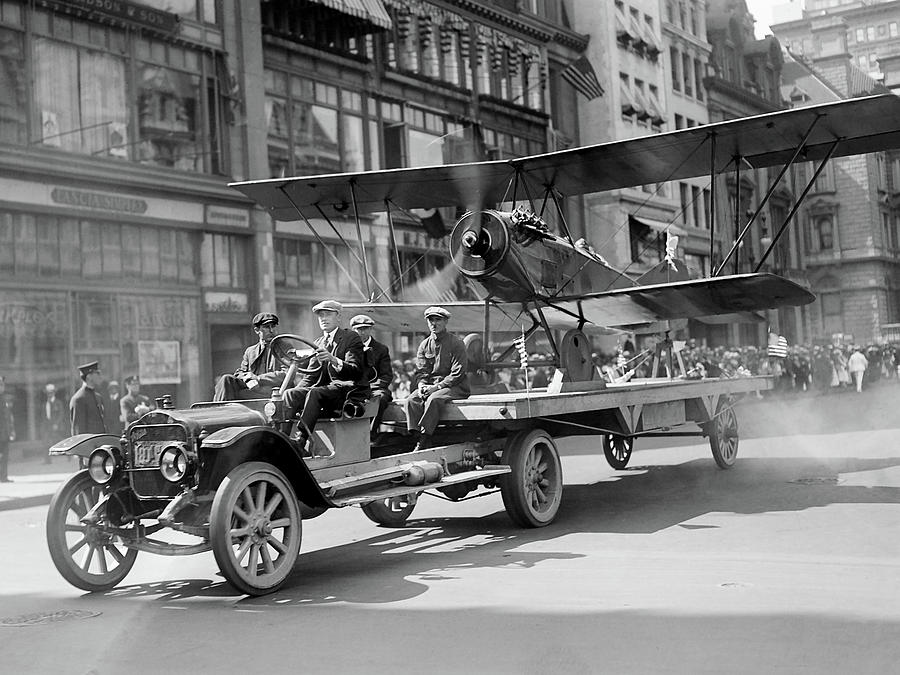 Everybody loves a parade right? Especially a parade with an antique White truck pulling a flatbed trailer with a running bilplane sitting on it. I'm a little fearful for this two lads sitting on the edge of the trailer, their heads seem awfully close to that spinning propeller. How are they keeping their hats on? The original photo was taken during the "Loyalty Parade" on July 4th 1918 on 5th Avenue in New York City. The end of World War 1 was still a few months away so this was a very patriotic event. WWI wasn't quite like WW2 where we could see regular progress and the end was in sight. WWI was trench warfare and was at a stalemate for a very long time, there was just no telling when one side was going to give up. I'm sure parades like this did a lot to boost morale back home. I just cleaned up this old monochrome black and white photograph.

DK Digital, Just put my spin on this as a metal print NYC, CEO gift! It's a great digi repurpose! Enjoying your vintage collections, GJ glorijean